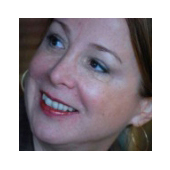 Is a ‘psychotic’ crisis inside one person’s mind — or does it happen between people, in their relationship? Can therapy untangle the web of madness by addressing the family, providers, and entire social network?