Is it Depression? Or Melancholy? Or… 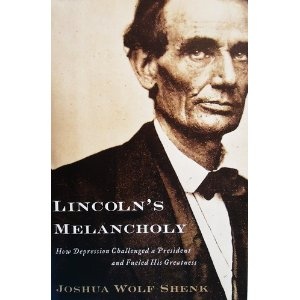 It’s a word I put in quotes because, like so many words we use to describe our mental health experiences, it has as much power to confuse as it does to clarify. We live in a culture bombarded by media and sped up by rapid-fire social interactions. It’s definitely useful to grab hold of a simple, short, sound-bite term, to quickly describe what we are feeling or suffering. “Depression” is such a word – it evokes and encapsulates, conjures the images of that ugly pit of despair that can drive so many to madness and suicide. Yet at the same time the words we use, strangely, become like those pens deposited in medical offices and waiting rooms around the world: ready at hand, easily found, familiar — and tied to associations, marketing and meanings we were only dimly aware were shaping how we think.

So in my work, when I hear the word “depression” I don’t assume I know what it means, or that I have a sense of things just from the use of the word itself. And that is where the difficulty often arises. Like much human pain, depression is something we are eager to avoid, ignore, rush past, push aside. We want to get to the fix and the solution. Naturally, of course we do. We are in pain. So we reach for a quick simple word, assume we know what it means, and then we are headed down the path of associations set up like marketing pens deposited in offices, a trail of breadcrumbs laid out to subtly push us in a certain direction of thought. We don’t do the difficult exploration of what is actually going on.

Today the very human sense of self is a brand. We are trained to use language by our advertising saturated culture, and we are unconsciously manipulated by marketing strategies leading us quickly to ways of thinking, products, services, and prescriptions. The word “depression” is very often repeated in a get-medical-treatment-your-brain-is-malfunctioning-get-on-medications message environment. We think we can use the word and have it mean what we really might want it to mean. Often we can’t. We have to listen more deeply.

So I often ask, What kind of depression do you have? And I then watch myself be surprised. I thought the person might be low energy: instead they describe a state of high stress. I wondered if they might be grieving or sad: instead they begin talking about intense bottled up rage. I associated the word with sadness: instead I hear a story of fear. I imagined they were isolated: instead they tell me about complicated relationship conflicts. By moving from the sound bite term to the person’s actual definition of what they mean, I begin, like a character in a 1950s film that suddenly goes from black and white to Technicolor, to see an actual human story before me, not a brand or a soundbite.

And I am usually surprised. People tell extraordinary  accounts of their lives that one would never anticipate from the word “depression.” If I had taken that word and begun a symptom assessment and DSM comparison and traced along a discussion of neurotransmitters and possible anti-depressant cocktails, I would miss those accounts. I would miss the person and be lost in my assumptions.

One of the great sadnesses I encounter in my work is when people, struggling to find their own language, have adopted the language of others, or doctors, or the media in a way that only obscures and confuses the sense of who they are. Their very description of self has been usurped. I don’t have contact with the person, I have contact with a cloud of terms and jargon repeated from someone else. But just using the word “depression” does not always have to mean someone else language – sometimes people have their own definitions that are clearly personal and intimate revelations of their direct experience. I can’t assume one word is better than another because it has a set definition, instead I have to listen for how the person relates the word to their own lives. I have to listen for the definition the person themselves gives to a word.

I have met many people who use medical language – “I have an illness,” for example – in ways that nonetheless deeply honor their own unique meaning to that language, rather than just parroting meaning they have been given. But usually – not always – the presence of that medical terminology does, like the marketing pen, link back to the marketing strategy, And it takes some time, and some listening, to find the person beneath the branding.

Depression – what it is and what it isn’t and how to talk about it –  has been a longstanding interest for me — in my own pain, the lives of friends and family, in the community, in my work as a therapist, and on Madness Radio. I interviewed the ever thoughtful Gary Greenberg on some of the history of the “depression” diagnosis a few years ago for example. And I just finished a new Madness Radio interview with Joshua Wolf Shenk. Shenk takes an intriguing look at depression from a very different angle: the biography of US president Abraham Lincoln.

I admit to not being much of an historian, and so I am not in a position to really offer much insight into the historical legacy of Lincoln as a politician. He is certainly revered – almost deified – in US political culture, and so it is easy to overlook that he had his many critics in his own time. Significantly, slavery Abolitionists of the era saw Lincoln as too slow and unmotivated to ending the traffic in humans, and considered him too wrapped up as a politician in the slave trade, which was the very foundation of the plantation based capitalist economy of that time (and formed the basis of the US rise to power that exists today). We think of Lincoln as a man who freed the slaves, but he would be better understood as a system politician who led a country through the transition from slavery to its end. He did that through war, political maneuvering, the force of his leadership and all the things we think of as politics today. That the war was won by the good guys and keept the Union together and ended slavery shouldn’t obscure the complex moral and political realities about who Lincoln was.

At the same time by any measure Lincoln was an extraordinary human being. Reading his writing, for instance, is to be in the presence of a master orator with a first rate mind and deep human sensibility. His political leadership was in a time of intense social turmoil and political violence that demanded exceptional personal qualities to navigate. His life story is evidence of exceptional perseverance, ambition, service, humor, courage, interpersonal savvy and spiritual faith. Too bad, we might think, that he also suffered from depression, which we must imagine got in the way of these more positive aspects to his personality.

And this assumption – that depression is an overall negative in a life – turns out to be, once again, borrowed from soundbite and marketing. Certainly nobody wants to suffer. No one wants to be in pain. Of that we are clear. “Depression,” however you define it, is horrible. Read a few accounts if you haven’t been there yourself. Slowly burning to death locked in an oven would be, for many of us who have been through depression, an apt analogy.

Yet Lincoln’s life reveals, in Josh Shenk’s  Lincoln’s Melancholy: How Depression Challenged a President and Fueled His Greatness, something far more complicated and interesting than depression as a broken part of us holding us back. He describes how Lincoln had a life. Intense despair, suicidal pain, sadness, frustration, demoralization, powerlessness, exhaustion – the states of depression Lincoln went through were the life he lived, and learned and grew through. Shenk documents how the very strategies Lincoln was forced to develop to combat his depression were the source of those personality qualities now considered part of Lincoln’s greatness. The pain of depression is a life experience we endure and struggle with, and through that struggle we might also discover and develop who we are.

It would be too simple to say that for Lincoln depression – or melancholy as it was referred to in his time – was what led to his positive qualities. Again a life is too complicated for such an equation. But Shenk’s biography explores not only the capabilities that depression fostered in Lincoln’s personality, but also how Lincoln himself rejected the idea of depression-as-simple-failure and instead saw his melancholy as a personal and spiritual challenge to rise to greatness. He learned endurance, faith, strength, service, compassion, hard-nosed realism and personal responsibility to make some impact on the world — all, at least in part, from the same “depression” that much of today’s sound-bite and marketing culture would brand as something to just get rid of. Happiness, in Lincoln’s life and in the lives of many of us, is not the highest ideal. Happiness is sold relentlessly in the capitalist marketplace, but some of us prefer to pursue not feeling good, but feeling human.

Living with a purpose. Serving others. Rising to personal challenges. Learning what it is to be human. Finding meaning in life. Facing hard truths with integrity. Though I certainly don’t want pain or suffering any more than anyone else does, I’ve found that pain and suffering – and depression – continue to visit me and continue to be part of who I am. Life seems to do that. Life hurts. And so I want not just to feel better, but at the same time to also, in a way, welcome depression and melancholy. I want see the suffering of being human not just as something to get rid of, but as there for a reason: to teach me something.

You can check out the Madness Radio interview here:

3 comments on “Is it Depression? Or Melancholy? Or…”