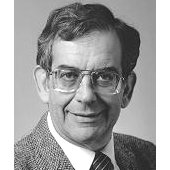 In schizophrenia really an “incurable illness” — or a state of chronic terror? Are there ways for psychotherapy to reach people in different realities? And can talk therapy offer a humane and empowering approach?

Bert Karon, psychoanalyst since 1955, co-author of the classic textbook Psychotherapy of Schizophrenia, and Professor of Clinical Psychology at Michigan State University, outlines psychoanalysis and discusses how his talking cure helps people diagnosed psychotic and schizophrenic.