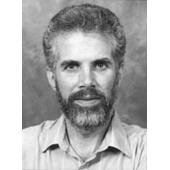 The US incarcerates more people than any country in the world – and 70% are people of color. Do we need better mental health care inside prisons — or do prisons themselves cause trauma and madness?

Psychiatrist and civil lawsuit expert witness Dr.Terry Kupers, author of Prison Madness: The Mental Health Crisis Behind Bars and What We Must Do About It, discusses overcrowding, racism, sensory deprivation, isolation, and sexual abuse in the disgraceful US prison system.