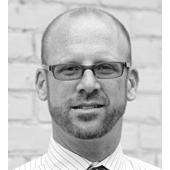 How did the definition of schizophrenia change during the civil rights and Black Power era of the 1960s? Why did a disease primarily affecting withdrawn white housewives suddenly become focused on angry and “paranoid” African American men instead?

Psychiatrist and historian Jonathan Metzl, author of The Protest Psychosis: How Schizophrenia Became a Black Disease, discusses racism and social control in psychiatric diagnosis, and how Black protest was turned into a mental disorder and psychosis was a political tool.