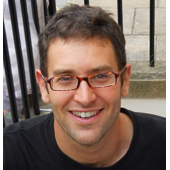 Can therapy reach people in extreme states of “psychosis” — without using medications? Do we need to give a diagnosis to help someone? Why are counselors afraid to listen to their “mad” clients?

New York psychotherapist and filmmaker Daniel Mackler discusses how be defied social work training in his work with people labeled with schizophrenia and bipolar, and what he learned from recent visits to successful treatment alternatives in Northern Europe. Daniel is the filmmaker of Take These Broken Wings and co-author with Matthew Morrissey of A Way Out of Madness.