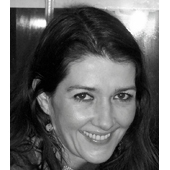 What is it like to hear voices? How do people learn to live with their voices, and are voices sometimes positive and helpful? What is the connection between voices and trauma?

Jacqui Dillon, voice hearer and director of the UK Hearing Voices Network, discusses how the movement of people who hear voices is creating self-help alternatives to traditional and often abusive mental health care.