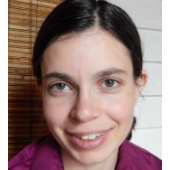 What if researchers collaborated with patients rather than treating them as “informants” and objects of study? Nev Jones survived her mother’s frightening extreme states — and then her own mind unravelled into different realities. She was herself diagnosed with schizophrenia, and began a lifelong exploration of the uniqueness of madness.

Today Nev is a post-doctorate fellow at Stanford University, founder of Chicago Hearing Voices and the Lived Experience Research Network, and part of the the movement to create alternatives to professional control of research on psychosis.