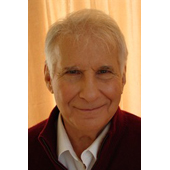 What do modern psychiatric drug treatments have in common with lobotomy? Is informed consent possible when patients’ judgment is impaired by medication? Should psych drugs be banned?

For more than 50 years Dr. Peter Breggin has been a leading crusader against psychiatric abuse, Big Pharma, and medication dangers. His latest book is The Conscience of Psychiatry: The Reform Work of Peter R. Breggin, MD.