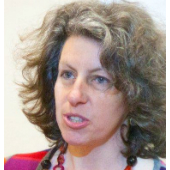 Is bipolar disorder a disease? Can medications like lithium correct chemical imbalances and stabilize mood? Do psychiatric drugs act completely differently on the brain than recreational drugs?

UK psychiatrist Dr. Joanna Moncrieff, author of The Myth Of The Chemical Cure: A Critique of Psychiatric Drug Treatment, discusses how seeing psychiatric medications as treatments for disease misleads the public about how they actually work, and obscures their potential for abuse as tools of social control.